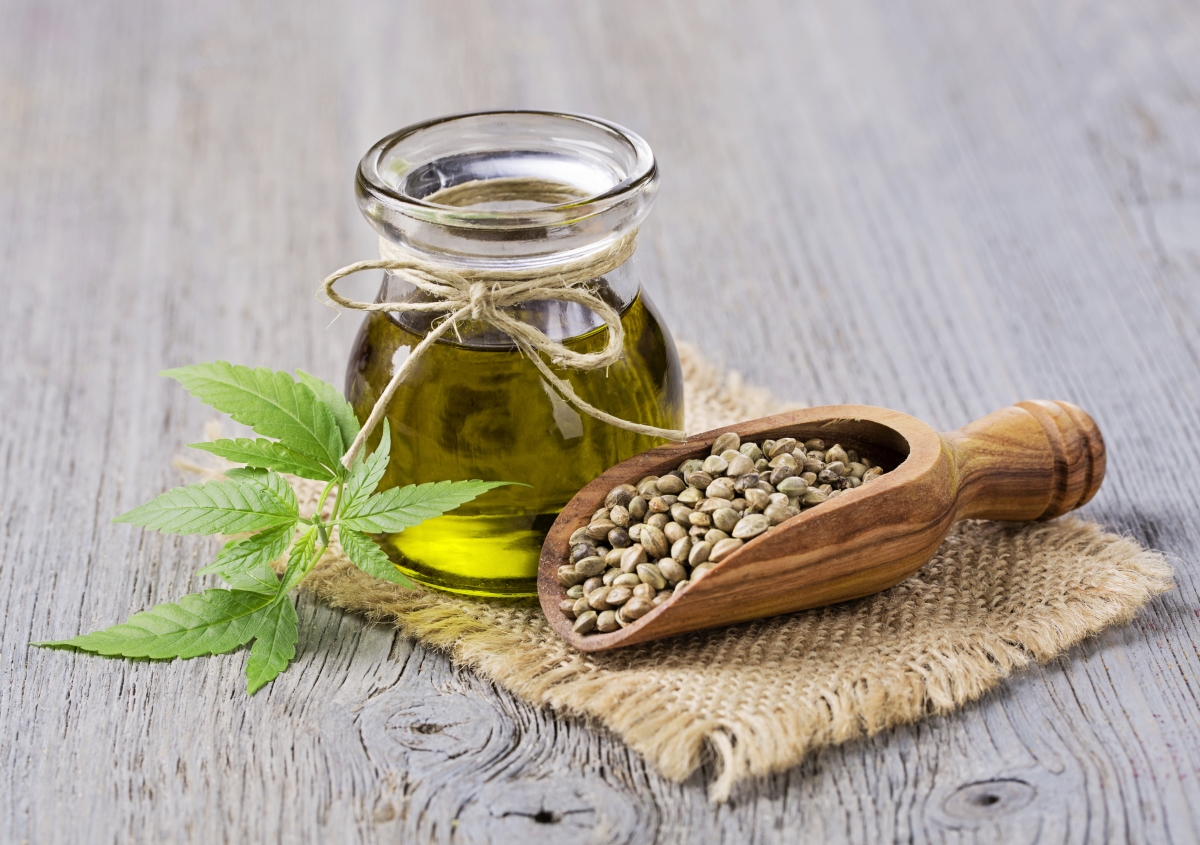 What are the effects of CBD oil on the human body? Although CBD oil is regularly used for health reasons, its effects on the human body are a bit controversial. Even if it has health benefits, some risks are involved when using this product.

It’s worth noting that Cannabidiol (CBD) isn’t legal in some states. Below is a breakdown of all you have to know about CBD oil. Read on to find out more:

Cannabidiol (CBD) is among the many cannabinoid compounds that are extracted from cannabis plants. There has been a lot of research on how CBD can be used therapeutically. Oils that contain CBD are called CBD oils, and the use and concentration of these CDB oils are not always the same.

What is the difference between CBD oil and Marijuana?

Delta-9 tetrahydrocannabinol (THC) was the only well-known compound found in cannabis until CBD came to the limelight. However, THC is known to be the most active marijuana ingredient. Both CBD and THC are contained in marijuana, but they have different effects on the human body.

Whenever THC is broken down through heating and then introduced into the human body by cooking the plant or smoking it, it leads to mind-altering, i.e., makes you feel ��high.’’

THC is psychoactive while CBD isn’t. Therefore, CBD doesn’t alter the state of your mind when you use it, unlike THC. However, CBD seems to trigger significant body changes as well as offering medical benefits. A good amount of medical CBD are of the lowest cannabis plant (hemp) processed forms.

Marijuana and hemp come from cannabis sativa, i.e., the same plant although they vary in many ways. In the recent past, marijuana farmers selectively bred their plants to ensure they yield high THC and any other compounds that interest them, for example for its effect or just its smell.

Contrarily, hemp farmers don’t tend to be keen on modifying the plant for various purposes. CBD oil is obtained from these hemp plants.

How does CBD work?

For CBD (or any other cannabinoid) to effectively produce its effects in the body, they first have to attach themselves to some specific body receptors. Our bodies also produce some cannabinoids on their own.

The human body has two receptors, i.e., CB1 receptors as well as CB2 receptors, for cannabinoids. CB1 receptors are mainly located in the human brain although they can be found throughout the body. CB1 receptors that are found in the brain help in movement and coordination, mood and emotions, pain, thinking, memories, and many others. Delta-9 tetrahydrocannabinol (THC) attaches itself to these receptors.

On the other hand, CB2 receptors are mainly found in the human immune system and help in cases of pain and inflammation. Earlier on, people used to think that CBD acted on these CB2 receptors. However, it seems that CBD doesn’t act directly on any of these receptors. Instead, it appears to influence our bodies to use their own cannabinoids.

As a result of the ways CBD acts in the human body, it has quite a lot of potential benefits. It has both anti-inflammatory properties and natural pain relief properties.

Most individuals use over-the-counter drugs and other prescription drugs to relieve stiffness and pain; including chronic pain. However, some people believe that CBD offers a natural way that lowers pain. A research study that was published in the Experimental Medicine Journal discovered that CBD reduces pain and chronic inflammation significantly in some rats and mice.

This research shows that non-psychoactive compounds, i.e., CBD, in marijuana are most likely to be a form of chronic pain treatment.

Are you experiencing problems quitting smoking? Here is the good news! There is enough evidence to show that CBD can help you quit smoking. A pilot research study shared on Addictive Behaviors revealed that people who inhale compounds containing CBD reduced the number of cigarettes they smoked per day, and they didn’t have any additional nicotine craving.

Another study done by Neurotherapeutics revealed that CBD is a great substance for people abusing opioids. The researchers noted that CBD reduces symptoms experienced by patients suffering from substance use disorder. Some of these symptoms include pain, mood symptoms, insomnia, and anxiety.

Therefore, these findings seem to suggest that CBD can be used to reduce or withdrawal symptoms.

Research is being carried out on CBD to determine its ability to treat neuropsychiatric disorders and epilepsy. Also, a review that was posted on Epilepsia shows that CBD has anti-seizure properties as well as very low risks of causing side effects for people who have epilepsy.

Besides, another research study that was posted on the Current Pharmaceutical Design shows that CBD has similar side effects with certain antipsychotic drugs. Thus, it’s likely to be effective and safe in treating patients suffering from schizophrenia. However, there is a need for more research to know how all this work.

CBD is used as an anti-cancer agent. A recent review that was posted in British Journal of Clinical Pharmacology revealed that CBD has high possibilities of blocking cancer cells from invading and spreading any further in the body. The review indicated that CBD compounds tend to reduce the growth of cancer cells as well as encourage the death of this cancer cells.

CBD helps in cancer treatment because it lowers the toxicity levels of the body.

Most patients suffering from anxiety are always encouraged to avoid cannabis because THC can easily amplify or trigger anxiety as well as paranoia in some individuals. But a Neurotherapeutics review suggests that CBD has high chances of reducing anxiety that’s felt by people suffering from some anxiety disorder.

The research study shows that CBD can reduce body anxiety behavior in the following disorders:

The Neurotherapeutics review indicates that the current medication for these disorders may lead to more side effects and symptoms. Hence, people taking the drugs may decide to stop due to these unwanted effects.

Until today, CBD hasn’t shown any negative effects in all of these cases, and these researchers suggest that CBD should be studied as a possible treatment method.

This type of diabetes comes as a result of inflammation whenever the human immune system attacks cells found in the pancreases.

Other research studies posted to Microcirculation and Clinical Hemorheology indicate that CBD can ease pancreas inflammation in type 1 diabetes. This is most probably the first step towards finding type 1 diabetes CBD-based treatment.

Are you experiencing repeated facial or skin acne? How do you deal with this common problem? CBD has a promising capability of treating acne. Acne is caused by overworked sebaceous glands and inflammation in the body. Recent studies that have been posted on Journal of Clinical Investigation indicate that CBD helps in lowering the sebum production.

High production of sebum causes acne (to some extent) because of its anti-inflammatory effects on the human body. It’s believed that CBD is likely to be the future treatment for a common form of acne known as acne vulgaris.

A previous research study posted in the Journal of Alzheimer’s Disease indicated that CBD was likely to prevent the development of any social recognition deficit found in people.

This indicates that CBD has high chances of preventing people who are in their early stages of the Alzheimer’s disease from losing their capability of recognizing faces of individuals that they already know.

This is evidence enough to show that CBD has a high potential for preventing Alzheimer’s disease symptoms.

Some people think that cannabis is illegal. However, cannabis is legal; It’s used mostly for recreational purposes or medical reasons in some states although not all. Other US states approve CBD oil as only a hemp product but don’t approve its general use as medical marijuana.

Laws can be different for state and federal levels of the government. However, the present CBD and marijuana legislation in the US can be sometimes confusing; this includes states where marijuana is legal.

The United States is experiencing a continuous change in the number of states which don’t consider marijuana as legal although they have laws that are related to CBD oil directly.

These laws generally approve CBD oil as being legal, but they vary. The laws approve CBD as being capable of treating a wide variety of epileptic conditions at different concentrations. There is a list of states that have specific laws only on CBD. Ensure you check it out!

Every state has its level of prescription for you to possess and also use CBD oil. For instance, in Missouri, one must prove that about three other options of treatment have already been unsuccessful in epilepsy treatment.

It’s advisable that you consult your healthcare provider if you decide to use CBD oil as a treatment for your condition. Healthcare providers have an understanding of local laws on CBD usage and also safe CBD sources. It’s also crucial that you know your state laws.

Most small-scale research studies have analyzed the safety of CBD, mostly in adults, and found out that CBD is tolerated for a wide variety of doses. There haven’t been major side effects of CBD in the body’s central nervous system or other effects on mood and signs among individuals using it, either heavily or slightly.

However, a common side effect discovered was tiredness although some individuals have witnessed changes in weight and appetite as well as diarrhea.

Until now, tests haven’t been done on children to determine the long-term safety of this available CBD data. Therefore, whether you are using CBD as an alternative or a new treatment option, you are encouraged to visit a qualified healthcare practitioner before using it.

The US FDA has not yet approved CBD as a supplement that can be used for the treatment of any health condition. In most cases, it’s difficult to tell if a product has an effective or safe level of CBD or if the product has contents or properties that are stated in its marketing and packaging.

How to use CBD oil

You can use CBD oil in various ways to help relieve symptoms of a wide range of conditions. CBD oil products come in different forms. Some of these products are mixed with various drinks or food; others are readily available as a thick paste that’s massaged on the skin while others are sold in capsules. Besides, some are provided in the form of sprays that are administered below the tongue.

Below is a list of recommended dosage, although it may vary from one person to another due to different factors, i.e., product concentration, the condition being treated and body weight. As a result of the absence of FDA regulations governing CBD products, always seek the advice of a qualified medical professional before you settle for any dosage.

Here are the CBD dosages that are taken by mouth:

Sleep disorders: Consume between 40 and 160 mg.

Glaucoma: Take a dose between 20 and 40 mg by applying it under your tongue to help relieve eye pressure. However, you should take note that any doses more than 40 mg is likely to increase pressure.

There is a steady increase in CBD regulations, hence more exact prescriptions and dosages are likely to start coming up.

Remember, there is a wide variety of CBD oils present for purchase. Most of them have different applications and benefits. Therefore, it’s crucial that you do some research on regional legality as well as seeking advice on CBD oil risks and dosage from a professional medical practitioner.